They focus on your ability to apply premises and draw conclusions – testing logic, speed and accuracy under time pressure.

As they rely on a candidate’s interpretation of sequences and patterns, rather than numbers or words, they are seen to test pure reasoning ability. Their results are therefore considered to be less influenced by educational background than those of verbal reasoning or numerical reasoning tests.

Diagrammatic reasoning does not require any prior knowledge, but preparation and familiarity with the test content and format will help you to achieve a better score.

In a diagrammatic test, you will be required to infer the rule (or set of rules) that governs a given sequence, and then apply this logic to a new scenario to find the correct answer.

The diagrams in the questions commonly display inputs and outputs, along with the operations or processes that have taken place. It is important to apply these processes in the order in which they are presented.

Diagrammatic tests are considered tricky by many candidates, since diagrammatic reasoning is not a skill commonly used in everyday life. The tests do, however, give a good insight into your critical thinking and problem-solving ability – which employers place great value upon.

How are diagrammatic tests different to logical and abstract tests?

The terms for many psychometric test types are used interchangeably, which can be confusing when you are trying to prepare. There are, however, some subtle differences between an abstract reasoning test and a diagrammatic reasoning test.

An abstract reasoning test asks candidates to determine the underlying logic in sequences of shapes or symbols. The questions centre on identifying relationships, completing the sequences and selecting the odd one out. These questions are closer to those found in an IQ assessment.

Diagrammatic reasoning questions are a little more complex. While they may include some questions similar to the above, they predominantly contain questions which use operators and processors, and require candidates to make deductions which they then apply to new sequences.

If you’re taking a logical reasoning test and are confused as to what it may contain, it is worth asking your contact in the recruitment process if any further information is available.

The format of a diagrammatic reasoning test

A diagrammatic reasoning test is a multiple-choice assessment. It will most likely consist of around 30 questions, which are required to be answered within a given time limit.

It is common to have around one minute to answer each question. This is worth double-checking in advance though, so you know the exact parameters you are working within. Practising answering the questions accurately at pace will be key to achieving a high score.

Some tests give the allotted time freely, whereas others structure the time, so you have a certain amount to answer each question before moving on to the next.

Questions usually increase in difficulty as you progress through the test. This means that the rules that govern the problems will become more challenging and complex to apply, and multiple logics may relate to a single sequence.

Unlike some other forms of psychometric testing, the content of a diagrammatic reasoning test is not dependent upon the field or role to which you are applying. The format is standard across all industries.

The format of the test and question types may vary slightly according to the test publisher but, with adequate preparation, there should not be any challenges you cannot handle on the day.

Why do employers use diagrammatic reasoning tests?

Employers like to use diagrammatic reasoning tests as they are an effective method for rapidly shortlisting candidates from a large recruitment pool. They are a means of revealing strengths and weaknesses, and fairly assessing candidates on relevant job criteria.

They may be used by employers at a very early stage of the recruitment process – as an initial screening to determine which candidates should advance – or may be part of a later assessment centre.

In the latter case, it is likely that diagrammatic reasoning tests will make up only one part of the assessment, complemented by other types of psychometric test such as numerical or verbal reasoning, or situational judgement assessments. 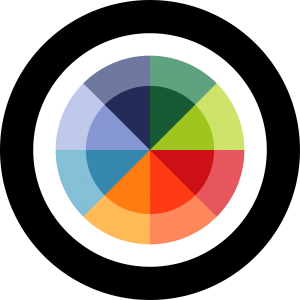 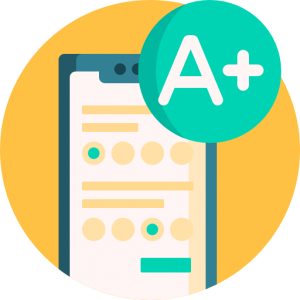